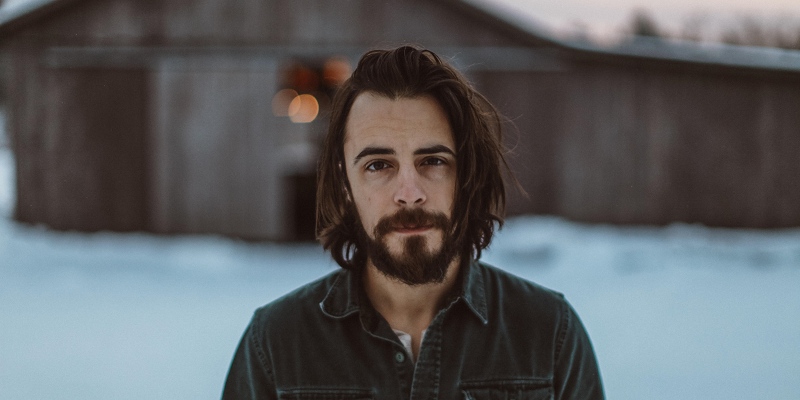 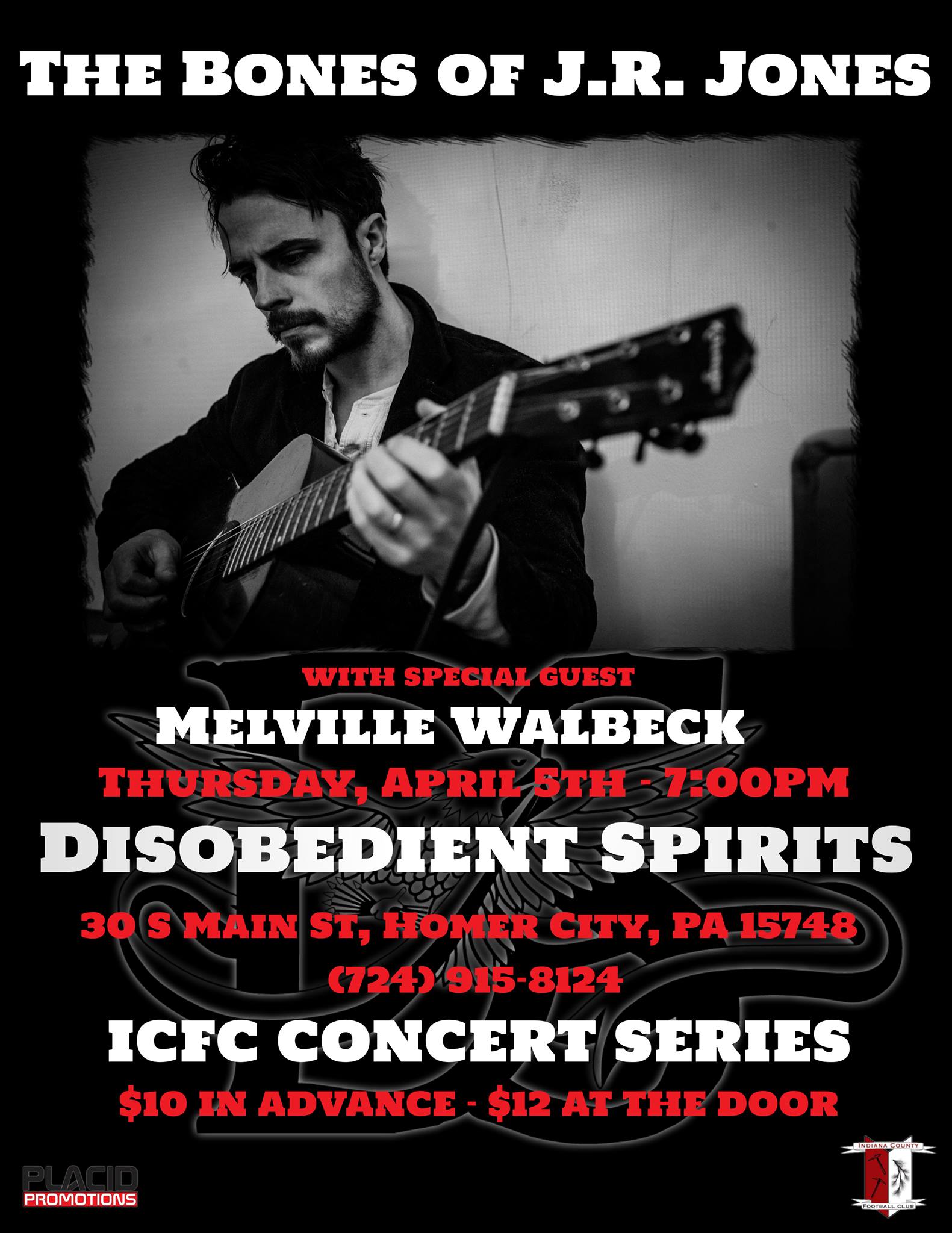 Pulled Pork sliders and Potato Salad will be available all evening from Colleen's Cuisine.
Tickets are $10 for advanced sales (either at Disobedient Spirits or online), or $12 at the door.

When Jonathon Robert Linaberry needs a break from city life, he goes Upstate, near the Catskills, to renovate a little farmhouse he purchased a couple of years back. As he pours himself into his work, J.R. doesn’t think about texts, email, or even his music, which he performs solo under the moniker The Bones Of J.R. Jones. His only focus is the house.

“That’s been an amazing emotional outlet for me,” he says of his periodic retreats. “To kind of sustain myself after coming from the road and getting back into the grind of the city, to have this, for lack of a better term, Shangri-La.”

In a sense, recording and touring as The Bones Of J.R. Jones is its own form of isolation. But you wouldn’t immediately think so: As a one-man band, J.R.’s project, which fuses a moody blend of soul, blues, roots, and Americana, sounds enormous both on record and live in concert. That’s because J.R. plays—and has grown accustomed to playing—every instrument by himself.

He’s happy to report, though, that he’s a lot less solitary on his forthcoming third full-length album, Ones To Keep Close, which is due to arrive on May 11. In addition to workshopping the 11-track album with producer and good friend Rob Niederpruem at Hyperballad Music in Brooklyn, J.R. also called on soul-psych luminary Nicole Atkins, who guests on the album’s jangly lead single, “Burden.”

“I played a show with [Nicole] in Philadelphia a few months back, and we totally hit it off,” says J.R. of how they met. “It was the first time I ever got to see her live. She’s amazing live, and I guess she liked what I was doing, so we kept in touch. I approached her with this idea of doing a duet, and she agreed!”

It’s fitting then, that “Burden,” a quick-footed tune about the emotional isolation that comes with touring as a one-man band, would be performed by two people.

“‘Burden’ comes from a spot of catharsis,” says J.R. “I tour a lot by myself, and it’s tough doing it by yourself, being alone all of the time. The whole idea of ‘Burden’ was having that person to share that with. Kind of like misery loves company. Having someone be there. To be your rock. No judgement, just I’m here for you.”

J.R. even gathered more bodies in the studio itself, hiring musicians with whom to record and bounce ideas off of. On the gritty “I See You,” J.R. worked with his session percussionist to pick up the pace from a slower, “swampier” drawl to an 180 BPM “swagger.”

“It was one of those moments where someone gives you a fresh perspective on something,” recalls J.R. “I was working with a drummer named Ian Chang, and he and Rob had this moment where they were like, what can we do with this? How can we make this as meaty and rocky as possible? And ‘I See You’ was birthed out of that. I love the song. It’s one of my favorite tracks on the record. It’s so in your face, compared to some of the other stuff I do.”

Another favorite of J.R.’s is the minor-key garage-blues romp “Know My Name,” which the singer points to as harkening back to his personal tastes the most. “I listen to a lot of soul, a lot of old blues,” he explains. “Obviously there’s a lot of garage-rock influence. The old soul, like, Sam Cooke and Bill Withers. Lee Fields. Even Charles Bradley. There’s still for me, the roots, which is, R.L. Burnside. I try to incorporate all of that.”

Finally, Ones To Keep Close wouldn’t feel complete without the redemption-themed “Sinner Song,” a softly strummed, slow burn that eventually reaches a quiet crescendo with scratchy strings and J.R.’s murmuring hum. “I somehow feel like the softer, more low-key songs on the record always end up being my personal favorites,” he says. Maybe because it’s a track that I’m the most intimately or personally invested in.”

Even as insulating as solo musicianship can be, J.R. finds comfort in reflecting on how much The Bones Of J.R. Jones has grown in the last year. The project is like that house in the Catskills—constantly evolving. In addition to recording with Niederpruem and a backing band, this album marked the first time J.R. felt able to adequately flesh out his ideas in the studio without feeling rushed.

“Every time I’d gone into the studio prior to [this record], it’d be like, ‘Okay, we have five days… this is what it’s costing for five days… let’s just bang out whatever nuggets of ideas we had, and that’s the album—good or bad, no cohesiveness, no common thread,” J.R. says. “This was the first time I was able to be a little more thoughtful and slow it down a touch, and write songs for that moment and bring them into the studio and develop them.”

“I had this perspective of what I wanted this album to be, which is a studio moment,” he continues. “Knowing myself well enough, I had the perspective of the prior two albums, and how they felt a little mish-mashed. And so having the studio as a goal to work these songs toward was the main impetus... I’m totally proud of the album and what we produced.”